I love to bake cakes for special occasions.  Here are some pictures of cakes that I have made.  I always find it helpful to see what others have done so I would love to see pictures of your homemade cakes.  Send me your pictures and descriptions and I might even put some of them on HomeEc@Home. 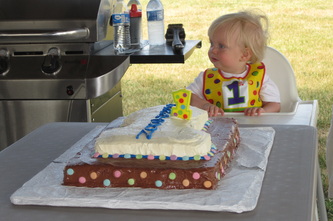 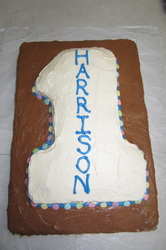 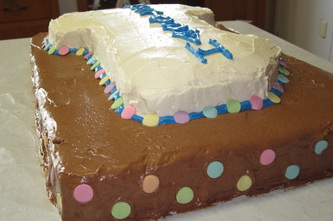 This was a simple cake to make.  For recipe and instructions see my blog post. 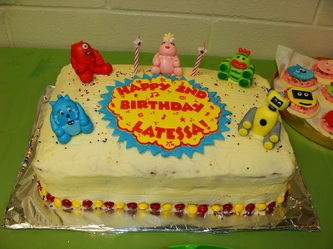 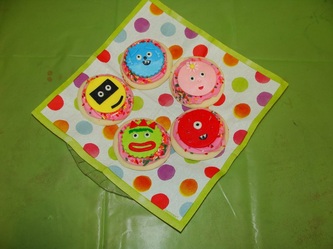 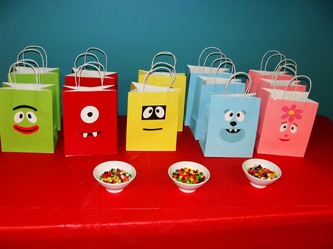 My sister and brother-in-law threw their daughter a super cute Yo Gabba Gabba party.  See more in my blog post. 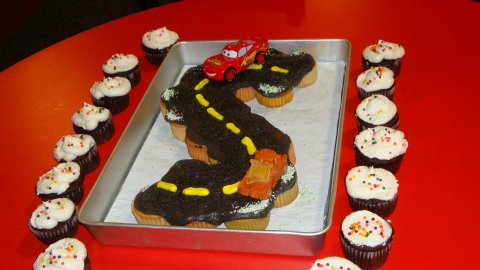 I made this Cars pull-apart cupcake cake for my oldest son's birthday this summer.  It was actually pretty simple to make.  I put a small amount of frosting on the bottom of each cupcake (so they would stick to the cake board) and pushed them close together to make this S shaped road.  My son's name starts with an S.  I colored some frosting black and frosted the cupcakes together as if they were a cake.  I then cut large flat shaped marshmallows into smaller pieces and painted them yellow with food coloring spray to make the markings on the road.  I used small white sprinkles to look like gravel along the side of the road.  To make this an authentic Cars cake, I raided the toy box for Lightening McQueen and Tow Mater, gave them a bath in the dishwasher and then placed them on the cake.

The hardest part was keeping the kids out of the cake at the party.  They wanted to drive the cars on the cake. 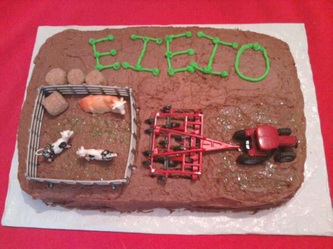 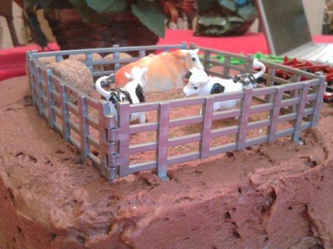 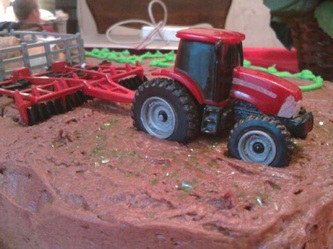 This was a really easy cake to decorate since I used toys instead of making the decorations.  See recipe and instructions in my blog post.

Nemo and Kermit the Frog Cupcakes

My sister Catherine made these adorable cupcakes for her daughter and a friend's birthday party. 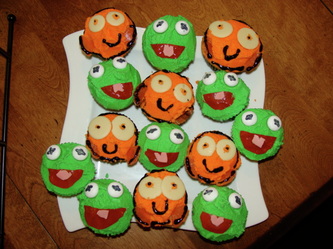 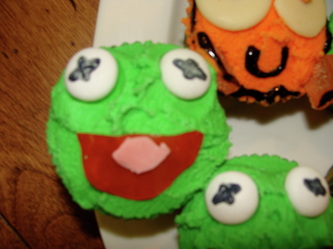 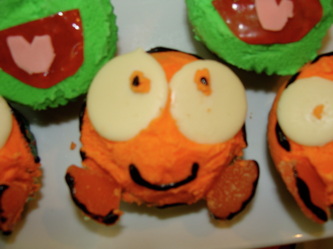 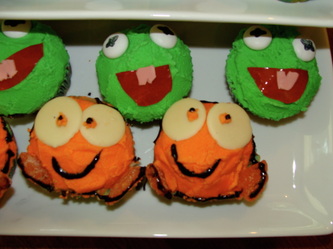 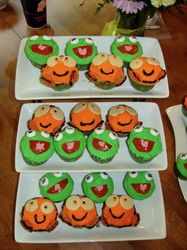 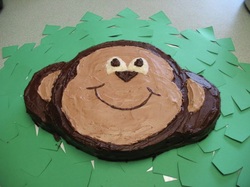 My sister Rebecca made this adorable monkey cake for her son's first birthday.  I love the leaves she cut out for a display.  She made the face out of banana cake and the ears out of chocolate cake.

Star Cupcakes, so easy and cute!

I made these cute Star cupcakes using Reynolds fun shapes baking cups.  They were so easy to use-easier than traditional paper cupcake liners. 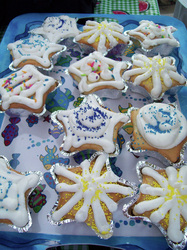 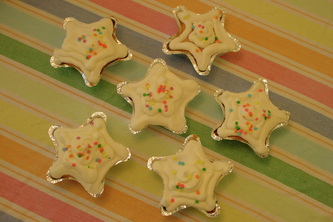 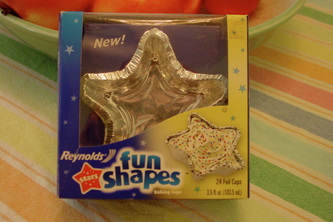 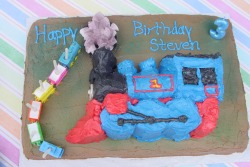 I made a large chocolate sheet cake and a vanilla train cake.  I used dowel rods to help secure the train cake to the chocolate cake.  The cake is frosted with chocolate buttercream frosting and vanilla buttercream frosting.  My three year old insisted that the train had to have a face like Thomas so I made a face out of gum paste and brushed it with silver dust.  He also wanted smoke coming from the smokestack so I cut up a large Campfire marshmallow and sprayed it lightly with black coloring spray. 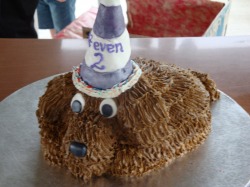 I carved the dog shape out of cake that I had baked in a dutch oven.  I frosted it in buttercream frosting using an icing tip that I could drag to make it look like hair.  I made the eyes and nose out of gum paste.  I covered the icecream cone hat with gum paste to resemble a party hat.

I made this cake for a baby shower.  It is frosted in buttercream.  I made the pea pod and flowers out of gum paste and brushed them with an edible glitter. 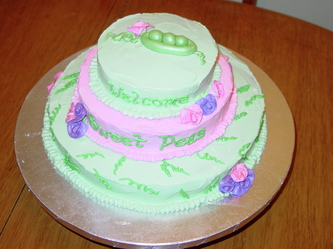 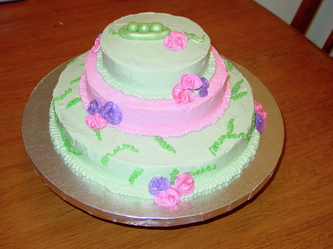 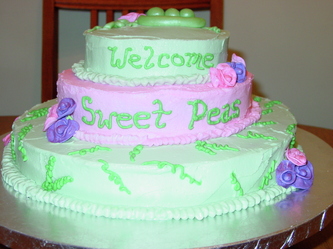